Scientists from Japan and abroad have been trudging through the abandoned fields and forests of Fukushima looking for clues. They're trying to find out how the radiation released by the damaged nuclear plant there is affecting animals and insects. And some are paying particular attention to how or even if low-level contamination is affecting organisms. NHK WORLD's Craig Dale has the story.

Bug hunting in Fukushima is how biologist Timothy Mousseau spends much of his time in Japan.

The US-based scientist has set up his mobile lab about 30 kilometers northwest of the Fukushima Daiichi nuclear plant.

He's working to find out how insects, birds, and other organisms are affected by different levels of radiation.

"Some organisms seem to show consequences and others show no signs whatsoever."
Timothy Mousseau / Professor, University of South Carolina

Mousseau and his colleagues started looking for those signs in July 2011, a few months after the nuclear accident. They've come back to Fukushima prefecture again and again to survey 400 locations.

They record radiation levels and note changes in diversity and abundance among other things. Mousseau is particularly interested in the effects caused by low-dose radiation.

("They may be small. They may not be of profound significance. But they are measurable and real.) And this is what we really want to know. At what resolution is required to consider an area safe or not?"
Timothy Mousseau / Professor, University of South Carolina

Mousseau's work in Japan has built on his 14 years of research in Ukraine. He's been studying the uninhabited area around the crippled Chernobyl nuclear plant.

He's observed even low-level radiation has a negative impact on the abundance of birds and mammals and disrupts development among a variety of organisms.

"This gives us some ability to predict what the consequences could be for human populations even those living in much lower levels of radiation."
Timothy Mousseau / Professor, University of South Carolina

"Scientists studying the impact of the nuclear accident are looking for patterns. They want to see how different levels of radiation are affecting not only individual species, but the entire food chain."
Craig Dale / NHK WORLD

"I think it's necessary to look at areas that are less contaminated."
Yoshiko Ayabe / Nagoya University

In the lab, Ayabe is working to paint a picture of how radiation is making its way up the forest food chain. 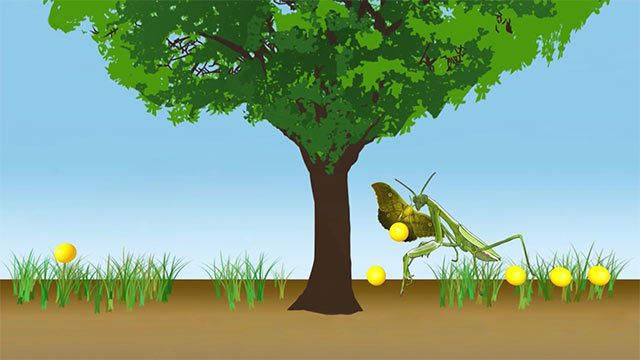 Ayabe's results show contamination is relatively low in worms, crickets, and horseflies -- but higher in spiders an apex predator. She says needs to do further research to find out what that means for the entire forest ecosystem. 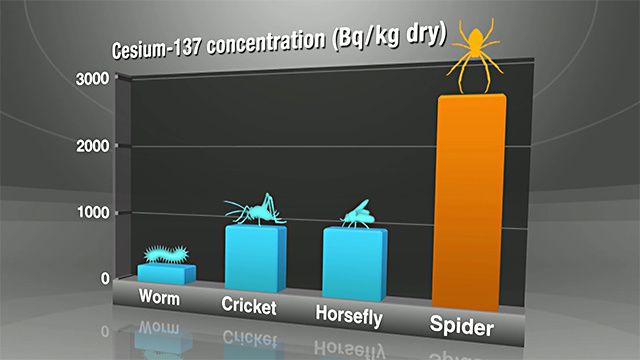 "We have data about Chernobyl, but not about Fukushima. Are the situations the same? We must study to get answers."
Yoshiko Ayabe / Nagoya University

Timothy Mousseau says it will take up to a decade of rigorous work to really understand the impact of the Fukushima nuclear accident. He's calling for a greater investment in research.

"So that we can actually answer the questions that people want answers to which is how big an effect does this radiation have? How much radiation is required in order to show an effect of some significance?"
Timothy Mousseau / Professor, University of South Carolina

And so Mousseau will keep coming back to Fukushima in search of answers. To observe how a man-made disaster is playing out in nature and to help figure out what it could mean for people living in this area.