To stay or not to stay 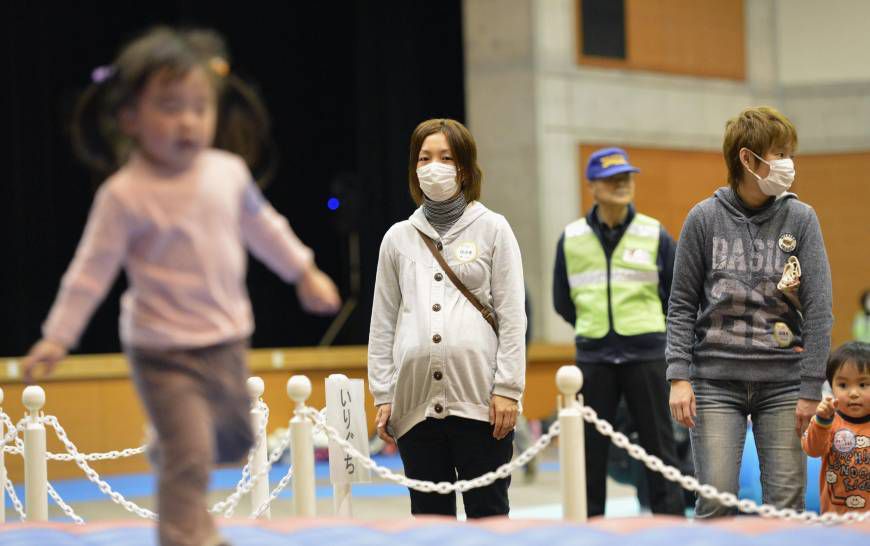 To stay or to flee.

Mothers in Fukushima had to make harsh decisions for their families after the nuclear disaster of March, 2001. More than four years on, they still have to.

Those who remained in Fukushima Prefecture live in constant fear for their children’s health. But choosing to flee opens them to accusations of being bad wives who abandoned their relatives, community and husbands tied to jobs.

It is a no-win situation for those who face the decision to stay or go, because they may be unable to live up to the ideal of a ryosai kenbo (good wife, wise mother).

“Consciously or subconsciously, women are aware of the role we are expected to play in a family. After the earthquake and nuclear disaster, however, everything changed,” said Yukiko (not her real name), a mother and voluntary evacuee in her 30s. “I can’t live up to those expectations any more, and society judges me.”

All women interviewed for this story spoke on condition of anonymity.

As the crisis at the Fukushima No. 1 nuclear power plant began to play out, Tokyo Electric Power Co. established a 20-km no-go zone around the site, outside of which the government said conditions were safe. Many did not believe the assertion.

As the crisis at the Fukushima No. 1 nuclear power plant began to play out, Tokyo Electric Power Co. established a 20-km no-go zone around the site, outside of which the government said conditions were safe. Many did not believe the assertion.

Yuriko, a woman in her 70s who lives in Minamisoma, Fukushima Prefecture, believes the zone restrictions divided the community.

“Some people trusted the government’s word and continued to live here, but others couldn’t stand living every day in fear and moved out,” Yuriko said. “Nobody knew what to believe and communities have fallen apart.”

The fear of radiation, rumors and media reports about the safety of local food prompted many mothers just outside the no-go zone to evacuate voluntarily for the sake of their children’s health. Some moved to neighboring prefectures, including Iwate and Miyagi, and others made the great leap south to Tokyo.

“To be honest, I didn’t have much knowledge about the nuclear reactors in Fukushima. But I did know how deadly high exposures of radiation could be,” said Yuko, in her 30s, who has a 6-year-old daughter. “I evacuated to Tokyo within a week of the disaster. My husband stayed in Fukushima, but I was determined to leave to prioritize the safety of my daughter.”

In many cases, voluntary evacuees like Yuko are mothers who fled with their children while their husbands remained in Fukushima to work.

Some were accused of abandoning or running away from their families, particularly those they married into. Relatives labeled the wives disloyal and overly sensitive.

The worried mothers meanwhile believe they are wise to protect their children from radiation exposure. But with no concrete scientific or medical proof to justify their decision to flee, they often feel guilty for leaving a tight-knit community.

“Every time I go up to visit my hometown in Fukushima for a funeral or a traditional holiday, I’m always asked the same question by my relatives,” Yuko said.

” ‘When are you moving back home?’ they ask. ‘It’s safe now.’ The relationship I have with my family has become distant.”

Even those who evacuated to Tokyo may not find life any better.

The government helps evacuees whose homes were within the 20-kilometer zone with free accommodation and a monthly stipend. But voluntary evacuees do not qualify for this and thus struggle to make a living.

Life is just as difficult for mothers who remain in Fukushima. They have constant qualms about the invisible dangers of radiation and about whether they made the right choice by staying.

Some said they decided to stay for the sake of their husbands, to avoid separating the family. Some, like Hiroko, felt they had no choice — they had no money to evacuate, they could not find housing for a family of five with pets, and had a life in Fukushima they did not want to risk losing.

“It is strange because nobody talks about their worries dealing with 3/11,” said Hiroko, a 30-something who now lives in the town of Kashima, Fukushima Prefecture. “It’s almost like the disaster never happened and people erased the crucial reality.”

Mothers who stay also face being branded as bad.

“Sometimes when I’m alone in the house, I start to cry, imagining the future of my children,” Hiroko said. “I fear my children may become sick, and the ones who I love most will hold a grudge against me for failing to protect them. That is my biggest fear.”

As reconstruction speeds up in the prefecture, with posters everywhere boasting slogans such as “Ganbaro Nippon” (Stick it out, Japan) or “Gambaro Fukushima,” there is pressure on mothers to keep their worries to themselves.

What has saved some mothers are peer support groups — organizations specifically created for women to share information and give each other mutual support.

Among them is Beteran Mama no Kai (Veteran Mom’s Group), an organization based in both Fukushima and Tokyo.

The group’s main goal is to encourage mothers who were victims of 3/11 to speak to other women in a similar situation and make connections. Monthly events are held to check up on each other and to relieve stress.

Akiko was among the women who joined the group.

“I was able to speak to other women about topics I would have never been able to talk about on a daily basis, such as food regulations or radiation levels,” Akiko said. “I was able to make friends within the group, and I don’t feel so alone anymore.”

Academic experts say women have long been known to suffer heavily following a trauma like this.

“A disaster such as Fukushima is not a single event, but a period of struggle that continues to change over time,” said David Slater, professor of anthropology at Sophia University. “And women often carry the heaviest burden, working behind the scenes.”

While mothers who live in Fukushima fear for their children’s health and dread health checkups because of the risk of getting a bad diagnosis, those who voluntarily evacuated to Tokyo are contemplating whether to move back up north.

Some mothers worry that their children need a father figure in their lives.

Moreover, balancing two households, in Fukushima and Tokyo, is financially and emotionally difficult — and there is always the emotional pressure from relatives in Fukushima nagging them about their return.

Yet, some fear returning.

“If I am forced to move back to Fukushima, I have to pretend I don’t care about radiation — when I actually do,” said Yuko, the Tokyo evacuee.