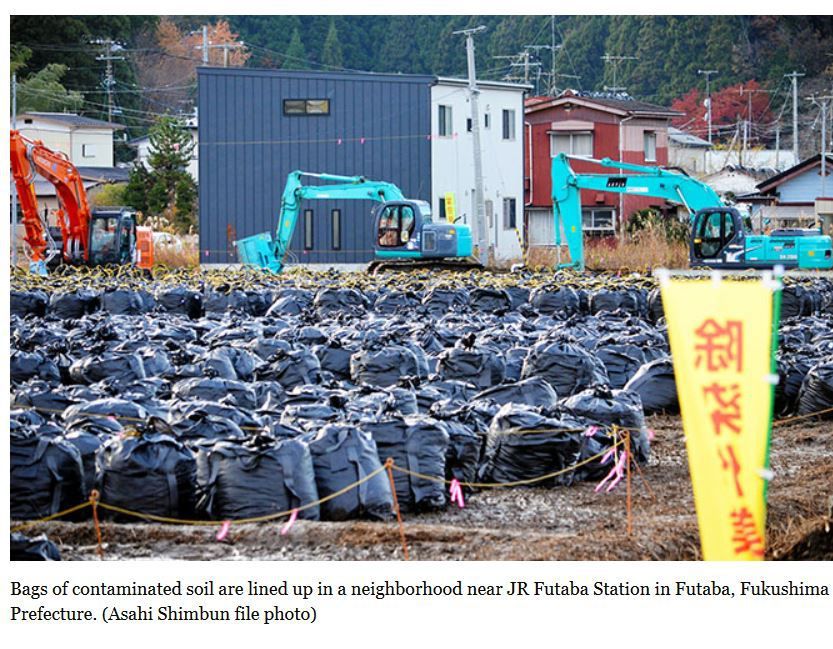 Futaba, which co-hosts the crippled Fukushima No. 1 nuclear plant, hopes to lose its "ghost town" status in spring 2022 when some residents may be allowed to return after more than a decade living as evacuees.

However, it is envisaged that only about 10 percent of the town will be habitable by then.

The timeline for the return of some evacuees was agreed to by town authorities at a special meeting Aug. 2.

Futaba was the first to present a road map for the return of its residents of the seven municipalities in the prefecture whose access to their jurisdictions is still restricted under the designation of difficult-to-return-to zone by the central government. High levels of radiation still exist there.

Ninety-six percent of Futaba’s land falls under the same designation.

The Futaba government has been operating out of Iwaki, also in the prefecture, since residents were ordered to flee after the triple meltdown unfolded at the nuclear plant in March 2011.

Futaba town hall expects to apply soon for state funds for the rebuilding hub project. If it gets the green light, decontamination and construction work will be financed by the central government.

A 555-hectare plot of land around JR Futaba Station will be set aside to build housing and infrastructure for the program.

The area was selected since radiation levels there are comparatively lower than in other parts of the town.

Futaba officials are hoping that 2,000 inhabitants will return to live in the town five years after the lifting of the evacuation order around spring 2022.

FUTABA, Fukushima -- Town authorities here look to partially lift the evacuation order for the town's so-called "difficult-to-return" zone with high radiation levels emanating from the Fukushima nuclear disaster by sometime around the spring of 2022, town officials disclosed on Aug. 2.

The move by the Futaba Municipal Government marks the first time for a municipality in difficult-to-return zones to have presented a plan to lift an evacuation order. The town of Futaba has been entirely evacuated since the 2011 meltdowns at the Fukushima No. 1 Nuclear Power Plant. Six other municipalities in Fukushima Prefecture still have areas designated as difficult-to-return zones.

According to Futaba town officials, the town office has included the plan in an application to be submitted to the central government for recognition of the areas subject to the lifting of the evacuation order as a special hub for disaster recovery, in hopes that local residents can return to their hometowns currently designated as difficult-to-return zones.

A special hub for disaster recovery is stipulated in the revised Act on Special Measures for the Reconstruction and Revitalization of Fukushima. After the central government approves a plan worked out by a local municipality, the state will move ahead with decontamination work and infrastructure development in areas designated as a hub for disaster reconstruction, before lifting the evacuation order for the areas in five years.

Under the Futaba town's plan, the town will call for the development of a 555-hectare area including JR Futaba Station, which accounts for 11 percent of the town's total land area. The town plans to designate the recovery hub mainly in areas where many residents used to live before the onset of the Fukushima nuclear crisis, and to build housing complexes and other facilities there.

In addition, the town is also seeking to lift the no-entry order for the so-called "area preparing for the lifting of an evacuation order" in the northeastern part of the town, where radiation doses are relatively low, by sometime around the end of March 2020. The town plans to invite companies including those engaged in reactor decommissioning at the crippled Fukushima No. 1 nuclear plant to be based there, but does not envisage the return of residents.

Currently, 96 percent of the town of Futaba is designated as a difficult-to-return zone.