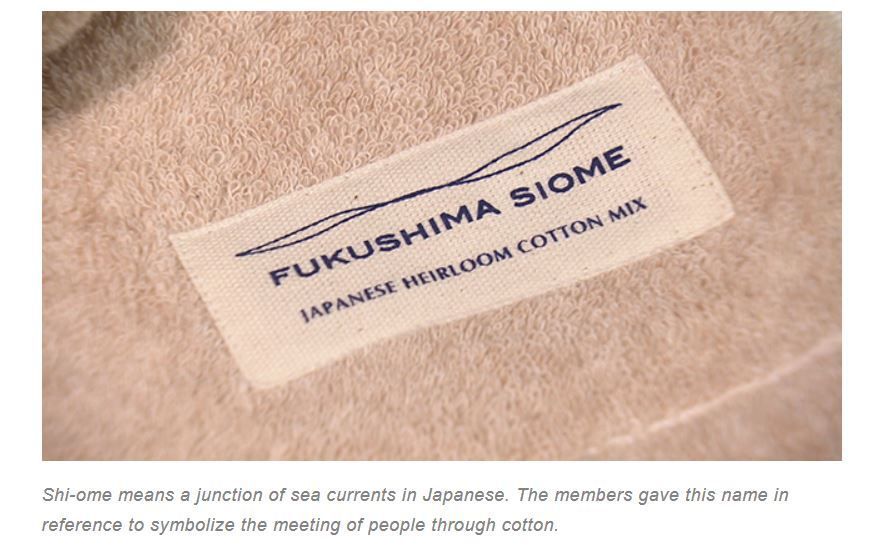 Sowing seeds of hope in Fukushima

People in Fukushima continue to struggle with the fallout from the 2011 earthquake, tsunami, and nuclear triple disaster. It has taken an especially heavy toll on farmers. But some are finding a way forward with a new crop.

It is peak harvest time in Iwaki, a coastal city in Fukushima Prefecture. Rows of cotton are ready to be picked. They represent a future for the region's shattered industries. When I visited the field in October, a team of volunteers from Tokyo were busy picking the brown, fluffy crop under the sunshine. The air carried a hint of autumn. One volunteer told me she had been to Iwaki several times in the past to help with the harvesting, but this year's crop seemed the most abundant.

Cotton farming was not common here before 2011. The disaster devastated the region and its farming industry. Fields were destroyed and there were fears about radiation. The image hurt the region, and consumers stayed away from Fukushima products. Farmers were forced to abandon their jobs, and the fields went fallow.

Some local residents were determined to change the situation and came up with the idea of using the empty fields to grow cotton. They wanted a crop that wasn't food, and they chose cotton after learning it could grow even on the fields that had been left salted by the tsunami. They started the Fukushima Organic Cotton Project in 2012.

35-year-old Yuta Sakai is a key member of the project. He was born and raised in Iwaki. When the disaster struck, his family evacuated. Sakai says he used to think his hometown was boring and would always complain about it. But while he was away, he says his thoughts changed drastically. Seeing all the damage the disaster had done to the city he had known all his life, he realized how dear Iwaki was to him. He says he felt a strong desire to start something new in the city. He quit his factory job and joined the cotton project.

Central to the project is a commitment to organic and eco-friendly cotton made in Japan. They harvest a species of the plant that was brought to Japan about a thousand years ago. The team gets the soil and crops tested for radiation twice a year to confirm the safety.

Local farmers and weekend volunteers helped to reclaim fallow farm land. This has helped the team increase the amount of cotton it harvests by 10 times in the past 6 years. Their success is growing.

In 2014, the team created an original brand of cotton called "Fukushima Siome." Shi-ome means a junction of sea currents in Japanese. The members gave this name in reference to the meeting of tides off the coast of Fukushima, and to symbolize the meeting of people through cotton and a change in the consciousness toward environment. The brand is now used in products sold across Japan.

The project's sales are now four times larger than when it started. Buyers range from a t-shirt and towel manufacturer in Tokyo to major overseas companies. British cosmetics brand, LUSH, started using the cotton in 2016. The company says the material fits with its environmentally-ethical policy. A customer at a LUSH store in Tokyo says the Fukushima cotton makes her want to buy some not just for herself, but also for others to spread the story.

Daisaku Koyama, PR manager for LUSH JAPAN, explains that consumers are increasingly choosing products they consider ethically correct. This trend exists despite the fact that "fair trade" and "organic" products are usually more expensive. Koyama says producing and selling products with stories like Fukushima's is very important for his company. He says LUSH's first priority is conducting business based on ethics, and that this policy has been successful.

Recently, Sakai's team invited cotton businesses from across Japan to Iwaki to hold their annual meeting. The industry thrived in the country until about a century ago. Nowadays, almost all the cotton used in clothes is imported.

Those in the business see organic goods like Fukushima Siome as a way to change the circumstances. One of the participants at the meeting, a cotton farmer from western Japan, says if Fukushima-made cotton becomes more famous, it will draw attention to all Japanese cotton and help the whole industry.

Sakai wants to move forward, too. He surprised his team by telling them he plans to go independent and start his own company with the goal of making cotton a central Fukushima industry.

But the road ahead is rocky. Subsidies for reconstruction have been covering much of the cultivation and labor expenses. But the money is set to expire next year. Still, Sakai says it is as if he's facing his own "Siome" in his life and he is determined.

"We can't stay disaster victims forever now that more than 7 years have passed since the disaster," he says. "It is about time we should remove 'charity' from our project and stop depending on pity. We should restart as professionals that deal with good quality cotton products.”

And no matter the difficulties, he says he foresees success. He wants the cotton industry to boost the hometown he once thought was boring. He wants the young generation to be proud of the city.

By planting seeds of hope into once abandoned fields, Sakai is giving Fukushima a future that was hard to imagine 7 years ago.