A new agency for reconstruction 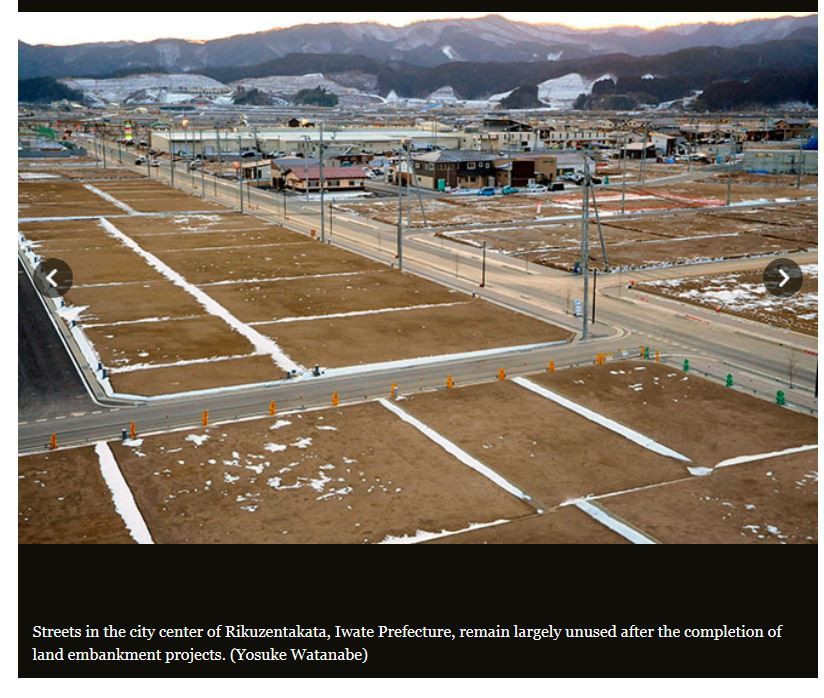 The government decided to establish an organization to replace the Reconstruction Agency, which will fail to complete many rebuilding projects in the disaster-hit Tohoku region before its deadline of March 2021.

As predetermined by the government, the agency will be abolished around the 10th anniversary of the Great East Japan Earthquake, tsunami and nuclear disaster.

With extra revenue from a special tax introduced in 2014, the budget for Tohoku reconstruction has totaled 32 trillion yen ($289 billion). The agency had spent 27.4 trillion yen by the end of fiscal 2017.

However, the agency since last year has been looking into the feasibility of completing restoration projects in progress across the region.

As expected, it found that restoration projects in Fukushima Prefecture, home of the crippled Fukushima No. 1 nuclear power plant operated by Tokyo Electric Power Co., will take longer than 10 years to complete.

The agency believed that projects in coastal areas devastated by the tsunami that struck on March 11, 2011, were running smoothly. But it discovered that land embankment projects and operations to support the more vulnerable victims of the disaster would not be finished by March 2021.

The central government and the ruling parties agreed that a new organization was needed to continue government involvement in rebuilding the Tohoku region after April 2021.

The new organization will take over the abolished agency’s budget, which would otherwise essentially become unusable except for some funds carried over for unfinished projects.

The Reconstruction Agency was established in February 2012. It has been headed by the prime minister, with its own minister in charge of administrative work.

As of Jan. 1, 520 people worked at the agency, mostly those dispatched from government ministries and agencies, local governments, private sector groups and companies.